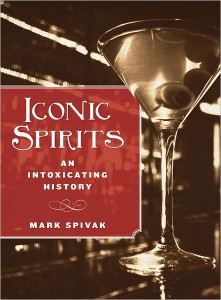 Over the past decade, the cocktail culture has exploded across America. Bars and lounges have become the Broadway theater of mixology, with bartenders resurrecting classic pre-Prohibition cocktails and dazzling customers with their creations. Consumers, in turn, are recreating these cocktails at home, and spending unprecedented amounts on upscale bar gear. With more and more emphasis on quality ingredients, the number of small-batch spirits is increasing all the time, and craft distilling has become popular as an offshoot of the locavore movement. In Iconic Spirits, Mark Spivak, wine and spirits guru and host of the NPR show Uncorked!, explores the history and cultural significance of twelve iconic spirits and reveals how moonshine invented NASCAR; how gin almost toppled the British Empire; how a drink that tastes like castor oil flavored with tree bark became one of the sexiest things on earth; how cognac became the "it" drink of hip-hop culture, and much more. To top it all off, Spivak then offers the most tantalizing cocktail recipes from the era in which each spirit was invented.

I found this book most intriguing...having been a bartender, I've served quite a few of these drinks. Learning the history of where they actually started from just gave a new prospective of the whole big picture.

Mr. Spivak stories take us back in time with details of how each spirit came about. It was interesting to learn just how really hard things really were.....just so we know can have our simple little drinks when we're out with our friends or at home.

From moonshine and bootlegging to racing cars on NASCAR, to marrying rich and buying Jager, to making Grey Goose, even to the energy drink Crunk!!!!
The struggle the Bacardi family had to over come to make the rum as we know it today. Even Hiram Walker and Jim Beam have their stories told.

A wonderful book for anyone wanting a inside look on the history of your drinks and a great conversation starter for any party goer!

~Connect with the Author~ 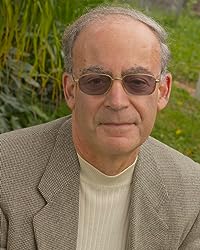 Mark Spivak is an award-winning writer specializing in wine, spirits, food, restaurants and culinary travel. He was the wine writer for the Palm Beach Post from 1994-1999, and since 2001 has been the Wine and Spirits Editor for the Palm Beach Media Group, as well as the restaurant critic for Palm Beach Illustrated. His work has appeared in National Geographic Traveler, Robb Report, Ritz-Carlton, Continental, Art & Antiques, Newsmax, Dream of Italy and Arizona Highways. From 1999-2011 he hosted Uncorked! Radio, a highly successful wine talk show on the Palm Beach affiliate of National Public Radio.
His running commentary on the world of food, wine, and spirits is available at the Global Gourmet blog.
WEBSITE