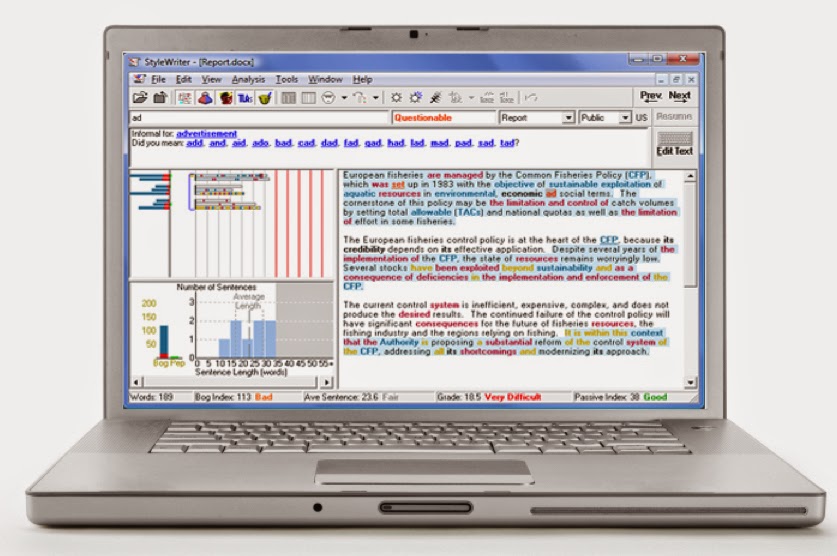 StyleWriter is the best editing and proofreading software on the market. Designed by professional proofreaders, editors and experts in plain English, StyleWriter brings together the techniques used by the best writers to help you write in a clear, concise and readable style. All other proofreading and editing software aids are usually just overpriced spelling and grammar checkers and little more than what you already have in Microsoft Word.
StyleWriter’s different. It shows
you how to work like a professional
editor. StyleWriter will show you
how to simplify, cut and rewrite.


It shows you how to run the
editor’s pen through your draft to
produce a shorter, clearer and more
readable style.

My Opinion
I thought this would be the prefect thing to review on my blog. As I review lots of books, I figured why not an editing program.
As a writer myself I was surprised at how "wordy" this program loved to call me. Then again I like to run my mouth in real life, why the heck not in my writing. Though I will say it also like to tell me to use glue words or suggest taking out words. Sometimes I would and sometimes I just look at the screen like it was a two headed monster. It really all depended on my mood. I really love the face that it did get really big errors. Ones I must have been sleeping through or just forgot my coffee was really empty and I was just writing out my rear.
I totally enjoyed working with this program.
I honestly think some of the authors that can't afford a great editor could use this before making the mistake of publishing a book with horrid errors.
Yes, that does happen, I actually just read a book that had the word "AND" seven times in one sentence!!!!
This program would have totally caught that in a heartbeat!!!!
Here's what one of my reviews looked like...It was 45% wordy!!!! 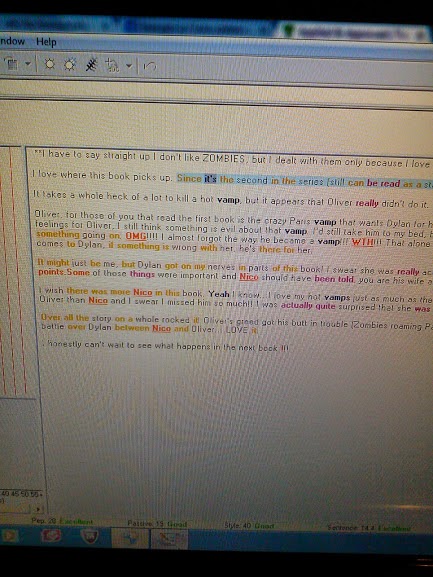 I recommend everyone to go and give them a try....In fact Stylerwriter is offering everyone on a free 14 day trail........So there's no excuse for not checking them out!!!
Download them here!!!!
www.editorsoftware.com/stylewriter

I received one or more of the products mentioned above for free using Tomoson.com. Regardless, I only recommend products or services I use personally and believe will be good for my readers.
Posted by Unknown at 3:37 PM No comments:

A Spellbinding Christmas by Chelsea O'Neal

~*Blurb*~
Can Trinity control her power?
Trinity is headed home to celebrate Christmas with her Gran. She hasn't been back in nearly ten years staying away from the man she has longed for since she was young.  The man who has starred in every one of her fantasies, her Gran's next door neighbor, Travis. As her emotions run high, her inherent magic is let loose.
Can Travis let Trinity in?
Travis never noticed Trinity, but has grown close to her grandmother after the loss of his parents and his uncle. When Trinity comes swirling into the house an attraction flares in him but he fears loosing anyone else in his life.
The more time spent together the attraction grows, so does a new found realization that Trinity has a magic that has captured his heart.
Will this spellbinding Christmas be merry? 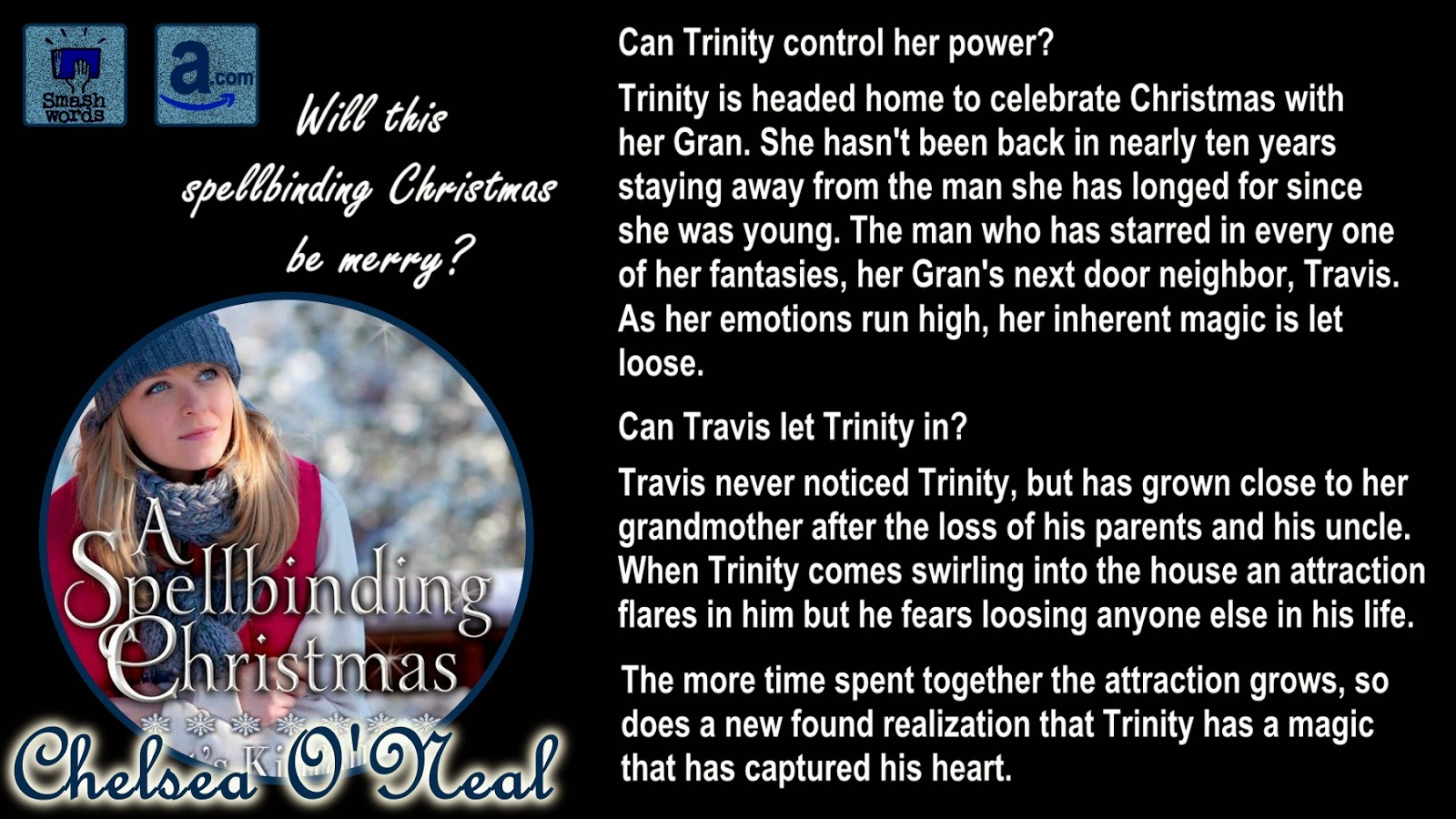 *This will be the first Novella in the Scott's Kinfolk Saga, once all four stories are written, they will be available in an omnibus together. * 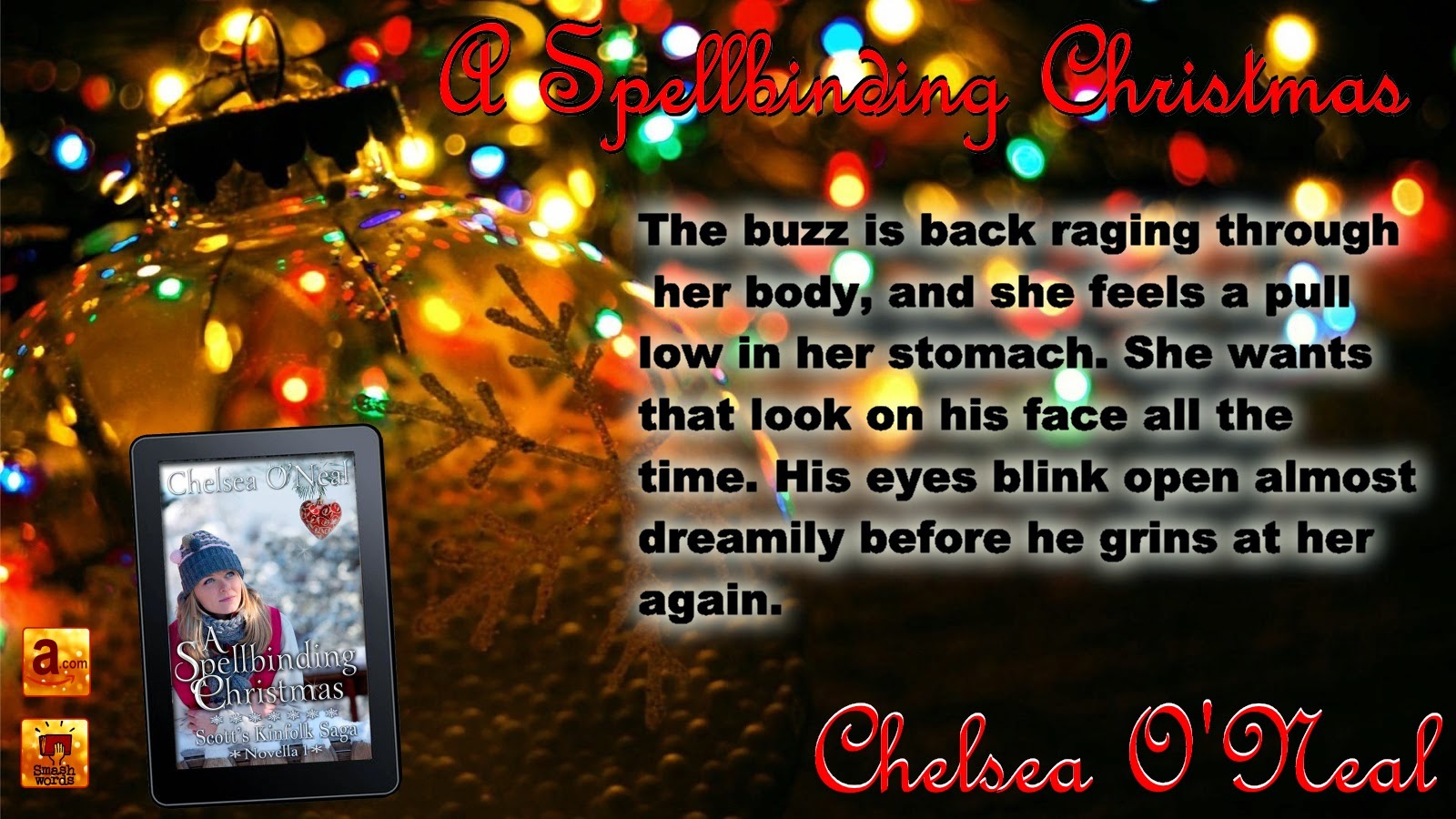 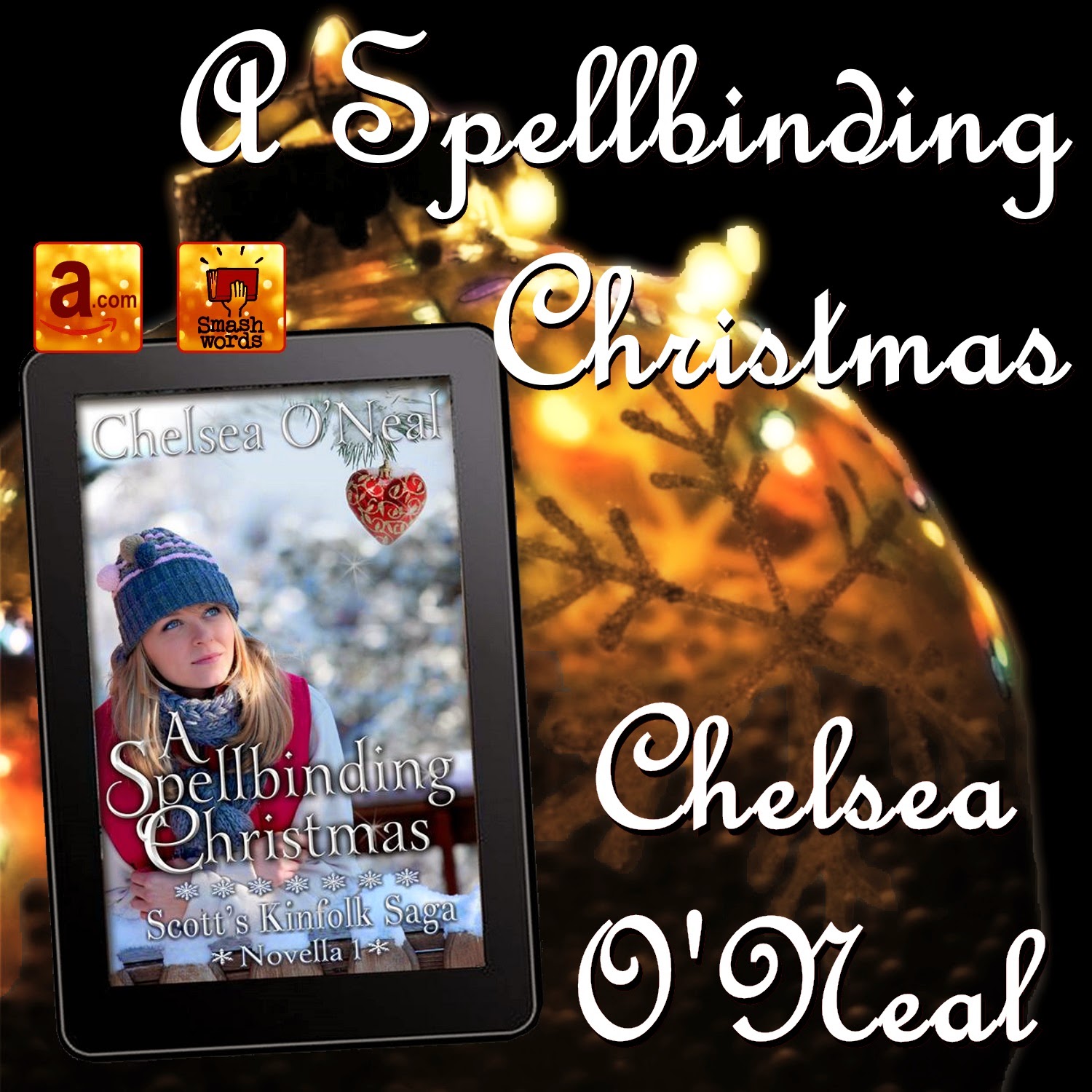 Chelsea O’Neal lives in her fantasy world where people can fly, vampires could be real, money is never an issue, and the romantic meeting of your true love is a normal happening.  When not relaxing in Chelsea-ville, she enjoys talking with animals that talk back and taking long walks with her Prince Charming…
Actually Chelsea lives in the United States in Nebraska, where she was born and raised, with her black lab Daisey, who hasn’t spoken actual words, but she is pretty sure Daisey understands her. She is yet to meet her Prince Charming, though she is quite sure he is out there.  Chelsea enjoys working in a library as well as a cosmetologist. She is an avid reader and writing has always been her passion. Chelsea has written two other full length novels and she is working on her next book now. 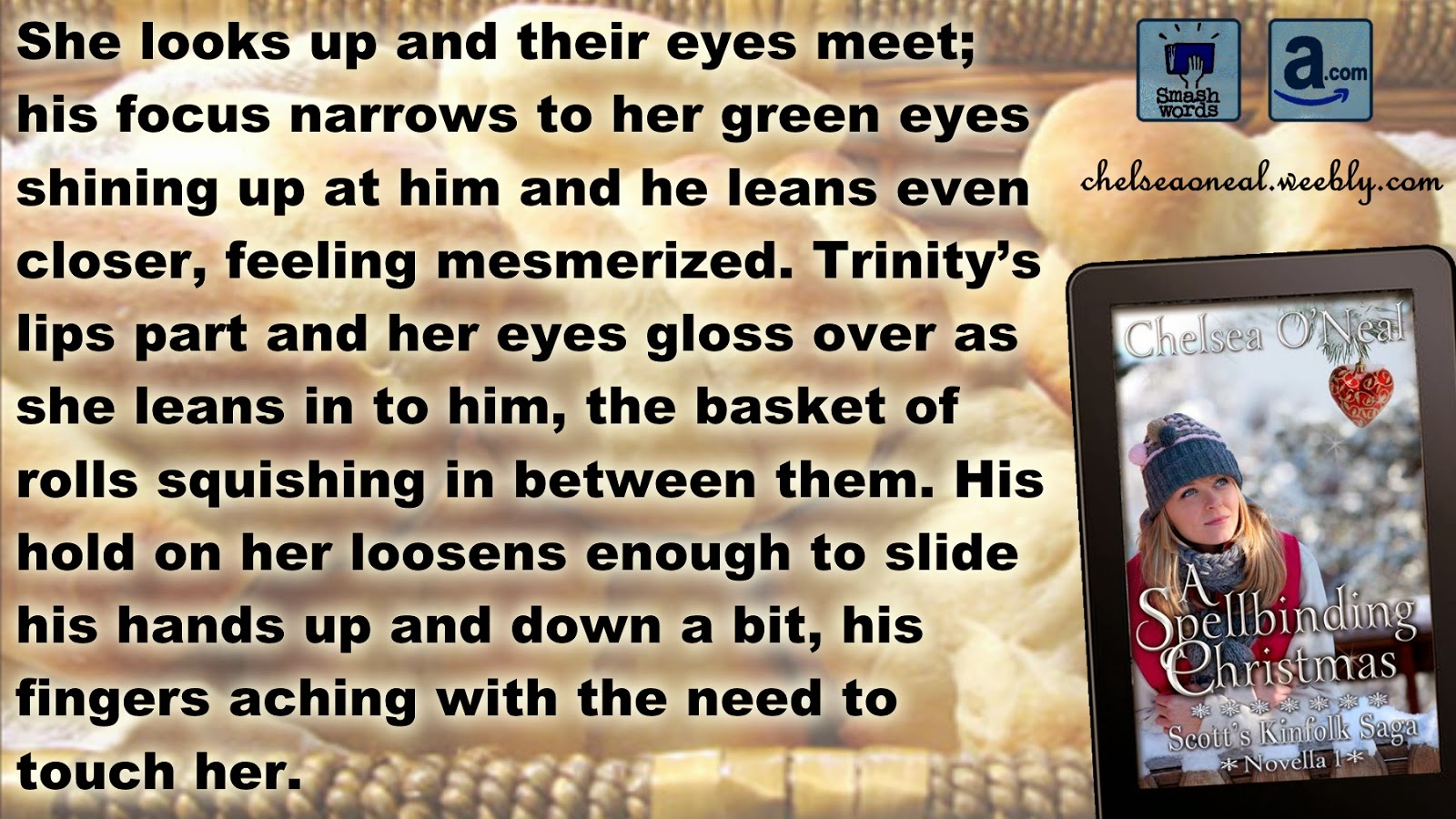 Chelsea is giving away 2 ecopies of
A Spellbinding Christmas 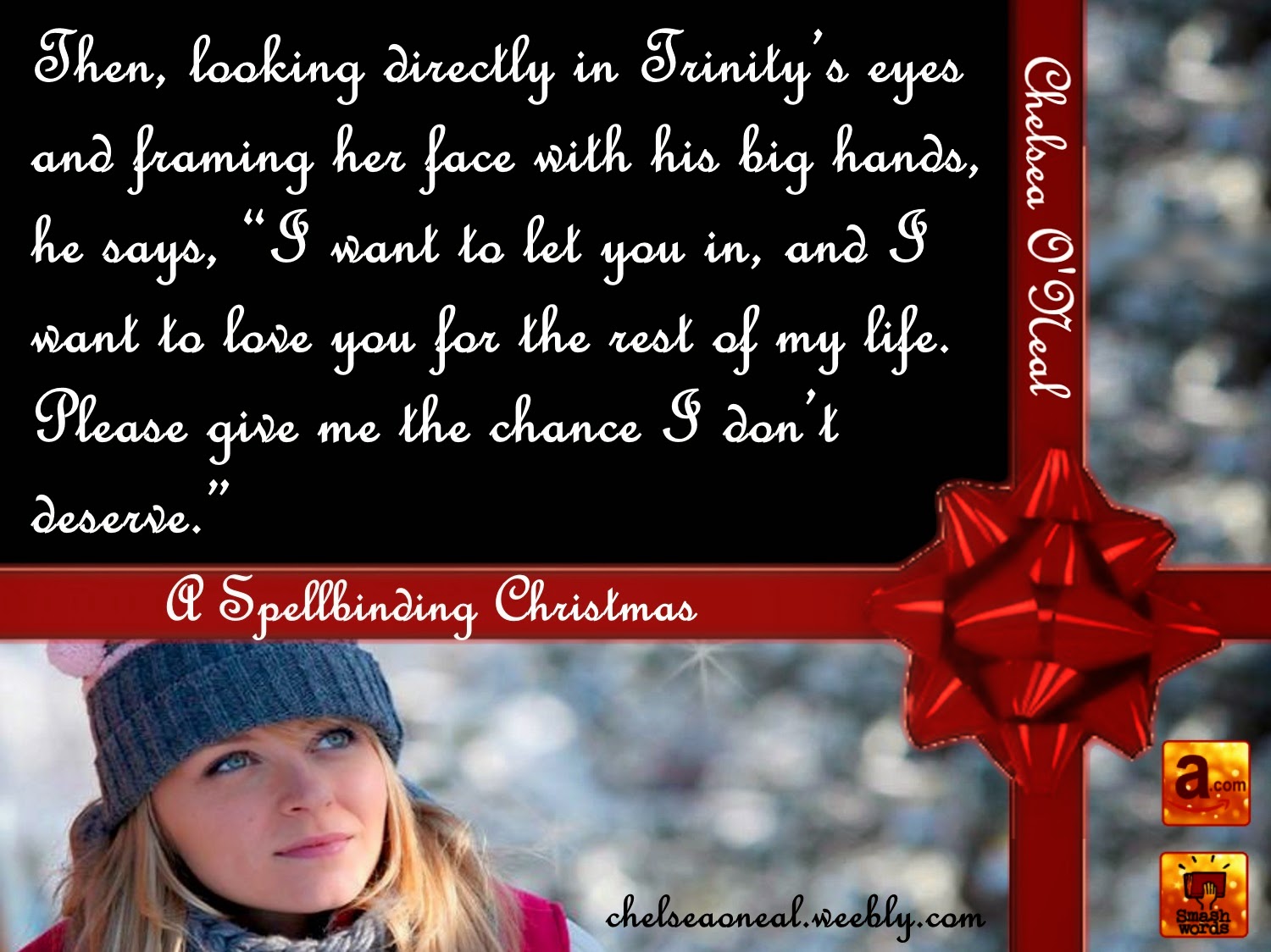 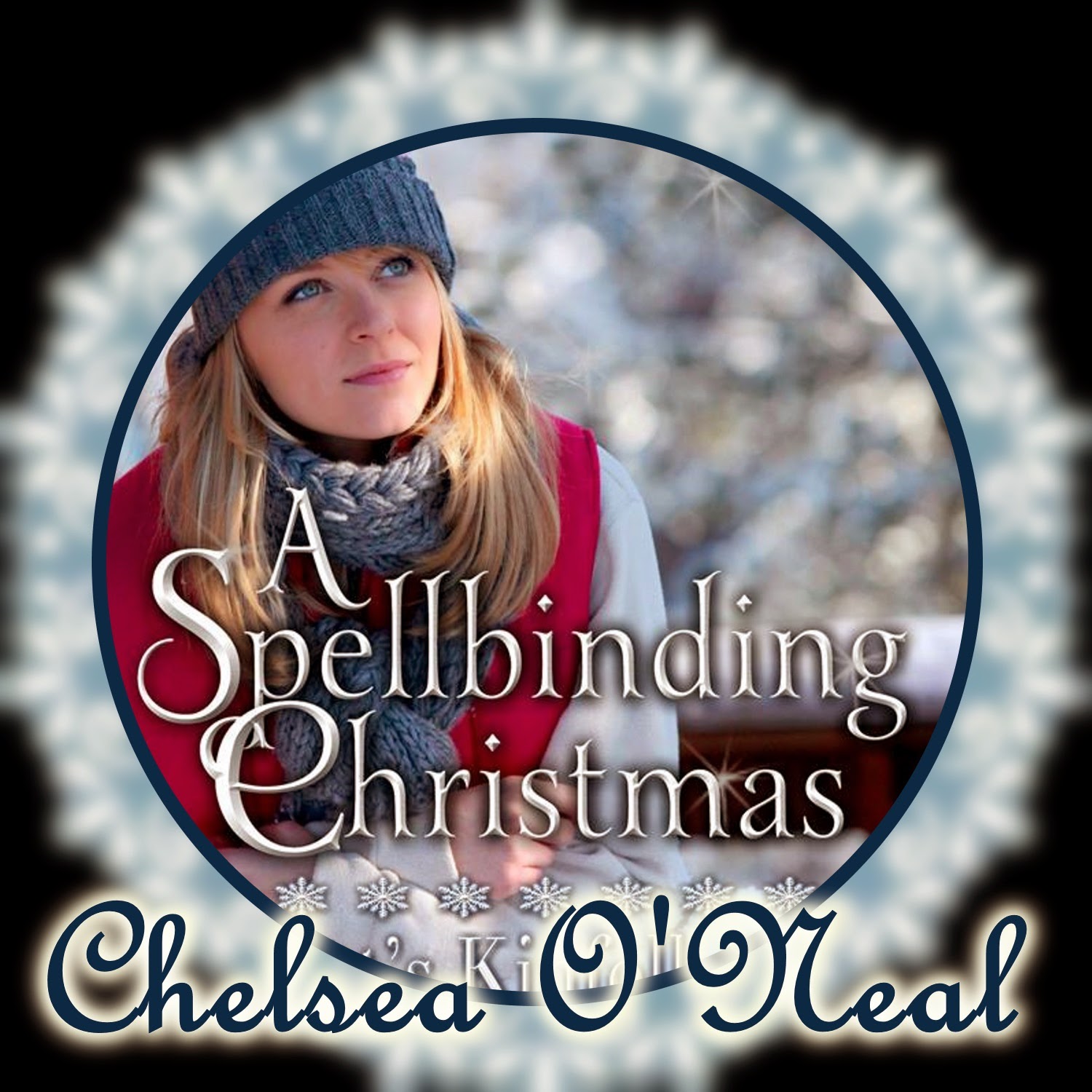 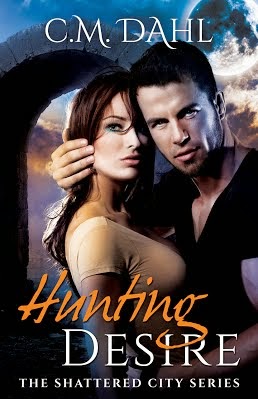 Gavin Kincaid and the other Guardians have protected the Shattered City for centuries. But now he faces the one threat even his werewolf strength can't overcome alone: demons are attacking the city from within. His superior calls in elite Hell Hunter Nerine.

Gavin doesn't want outside help. But to his shock, he discovers he wants the beautiful tracker like no other woman he's ever met.

Nerine carries a secret that might just kill her. To protect it, she keeps everyone at arm's length, but her desire for Gavin may make that impossible.

Together, they fight the demons determined to destroy the Shattered City and seize the powerful, mysterious artifacts it holds, until a hidden enemy strikes. Now Nerine must face the demons within her to save Gavin, the city...and the world.

I actually was taken aback by this story. I didn't really plan for what I was reading. I knew I was going to be reading about another shifter couple per se, but never would I thought of this.
Gavin being such a proud werewolf he thinks he’s got everything planned to the “t” in his mind of how life is going to work for him. So, when Demon Hunter Nerine walks in and destroys that way of thinking it’s a bit hard for him (in more ways than one *WINK*).
Nerine is everything Gavin HATES, a demon. He just doesn't know it and so reading how he falls head over tail for her is such a wonderful story. I’m beyond words. At times I do kinda feel bad for the mutt, I mean Nerine could have told him, but she had to protect herself. She was there doing her job after all.
I loved how the story of betrayal by one of their own guardians and the fact that hate reared its evil head played such an interesting place in this story. Yet, in the end they way everyone partner together, AWESOME!
Our wonderful author gave way for more stories to take place in the realm of Shattered City. Which is great because I can’t wait to see what they do with all the sprouting Vampires!!! C.M. Dahl has been writing romances since she was eight years old and wrote the story of forbidden love between a stuffed crocodile and a plastic doll in pink magic marker. The crocodile helped the doll cross a dangerous puddle in the backyard and earned the doll's respect. They fell in love after fighting off a legion of green army men.
Her storytelling and her writing tools have grown more sophisticated over the years, but her love for romance has only deepened. She loves writing strong, capable men and women, who have a burning hot attraction between them, learn to respect each other, and fall in love, all while fighting evil and saving the world, of course!
Currently, C.M. writes paranormal romances in the Shattered City series, including Hunting Desire (October 2014), Demon's Dance (November 2014), and Ian & Lilith's story (December 2014). Visit C.M. at her website, www.cmdahl.com, and sign-up for her mailing list to be the first to hear about her new releases here: www.cmdahl.com/mailing-list-sign-up/.

Posted by Unknown at 6:39 PM No comments: