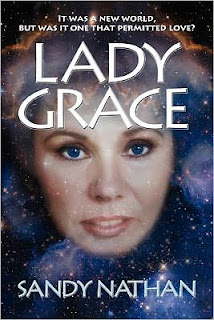 The Earth has been devastated by a nuclear holocaust. Technological wizard Jeremy Edgarton and a few of his friends were whisked off planet moments before the horror by the goldies, a race of super-evolved aliens who seemed too good to be true. Unfortunately for Jeremy, that’s exactly what they were and now he wants out.
Jeremy’s mother, Veronica Edgarton, is awakening from a cryogenic sleep in a chamber deep beneath the ice near the North Pole. She is facing life with one of the most ruthless and cruel men ever to have lived. She is not the kind of person to take this lying down.
In another place, 105 generations after the missiles struck, the inhabitants of a bunker designed to preserve them until the radiation has receded are preparing to emerge. Regrettably, evolution can work for evil as well as good.
Each of these events is potentially volatile. Combine them and the results are explosive! The players from across time and space are catapulted into a struggle of cosmic scale, challenging them to draw upon every ounce of their physical, intellectual and spiritual strength.
Lady Grace is a thrilling, action-filled adventure wrapped in the embrace of epic love.

For purchase from Amazon
or from Barnes and Noble

I call my approach to writing “literature through disaster.” I’ve always written. I wrote professionally and academically before starting any kind of literary career. People who received my letters said, “You write so well, you should be a writer.”

It’s a long step between “you should be a writer” and completing a manuscript. I wrote sporadically for years; back in the 1980s and 90s. I tried to write a biography of my dad. I wrote stories about our horses. A goofy Christmas newsletter.

All this was for naught. I couldn’t finish anything but the most insignificant projects.

Until disaster struck. In 1993 something happened that shattered my existence and destroyed everything I thought about many people in my life. It was a catastrophe of unmitigated proportions. And it didn’t go away, either.

I spent until 1995 healing from the calamity. Being pretty healed, I went to a meditation retreat in ’95. I’m very big on meditation and spiritual practice, transcendent and unifying experiences. The world and life of spirit. I go on retreat a lot and my writing––though it’s labeled sci-fi or fantasy, is really about mysticism and how to heal when the worst thing that can happen to you does. I say that I write visionary fiction, though it’s a pretty dark, dangerous kind of vision sometimes.

Anyway, I went to the retreat. While I was there, I did all the meditations and exercises and everything else as hard as I could. It worked. By the time I left, I was healed. That was partly the work of my soul and its surroundings, and in part my reaching past the retreat and contact some of those I had business with.

I felt as good as a person can feel. I went home thinking, “Wow. What a gift.”

But the gift hadn’t arrived. A few days after the retreat, I was standing in the shower when Wham! Something like a lightning bolt hit me in the right temple, shot through my brain, ricocheted around for a while, and disappeared. It was accompanied with lights and sparkles that Pixar couldn’t cook up. I had a cracking of my ordinary reality, an opening to a mystical world.

When I came back to normal, I realized that the plot of something had been left in my brain. I ran downstairs, typed out an outline, and gave it to my husband. “What do you think? I asked.

Something else came to me, a little bridge to get my readers from the beginning of the story to what had been injected in my brain. That word-bridge is Numenon: A Tale of Mysticism & Money. Numenon is what happens when the richest man in the world meets a great Native American shaman. It was ranked #1 in 3 categories of Mysticism on Amazon and cruised way up there in sales rankings for almost a year. It also won six national awards.

I was not only able to write the book, I had the discipline to finish it and see it in print. All of that was the result of that mind-boggling experience after the retreat. Which came because I’d done my healing work after the worst disaster of my life in 1993. Literature through disaster.

Getting Numenon in print took years. I started working on the book in 1995, and it was finally published in 2008. What did I do in that time? Learned to write. I was in two writing groups for a total of eleven years. I’ve worked with a top editor since. I also learned what went into publishing an excellent book, spending countless hours learning the ropes.

Numenon had been published. People were writing me and calling me, saying, “Where’s the sequel?” I was working on it, suffering every form of writer’s block that exists. I was working, but not producing much.

Until it happened again. Disaster. My little brother and only sibling died unexpectedly and tragically. I was in shock, looking calm and collected on the outside, but grief-stricken on the inside. Images of our life together swirled in my brain. I railed against what only I knew had happened to him.

About three months after his death, I had a dream. In the dream, a radiant being, pure light and love and everything good, hovered above my body. She lowered herself––-it was female energy––merging with me so that I could know what being so angelic was. Bliss. Transcendence. Love. Everything good, all at once.

The experience lasted for a while, and the “angel” left. I carried with me the remnants of that state. For hours, I knew the angelic realm. Then that dissipated and I was my regular self.

That experience formed the basis of The Angel & the Brown-eyed Boy. That golden light became the angel in the book. Except in the book, the angel is an extraterrestrial who makes a stop on Earth the day before it blows up.

The rest of the book was revealed to me in the next few days. I had a draft manuscript in four or five weeks. When I was done with that, the characters in The Angel were very real to me. The story kept unspooling in my brain, and I wrote it down. That bit of writing became Lady Grace: A Thrilling Adventure Wrapped in the Embrace of Epic Love, Book II in my new series, Tales from Earth’s End. When I finished II, the story was still alive in me. It became Sam & Emily: A Love Story from the Underground. That’s how the three volumes of Tales from Earth’s End were created.

Effortless writing. No––writing that required me to face my greatest fears, pain and loss. The writing world offers no easy trip.

That’s how I work. I’ve been working on Numenon’s sequel very productively these days, so maybe I’ve gotten more mileage out of my most recent disaster. Or maybe I don’t need a disaster to unlock the doors to the inner kingdom any more. I’ll find out.

It’s been a pleasure sharing my story with you.

Sandy Nathan writes to amaze and delight, uplift and inspire, as well as thrill and occasionally terrify. She is known for creating unforgettable characters and putting them in do or die situations. She writes in genres ranging from science fiction, fantasy, and visionary fiction to juvenile nonfiction to spirituality and memoir.
“I write for people who like challenging, original work. My reader isn’t satisfied by a worn-out story or predictable plot. I do my best to give my readers what they want.”
Mrs. Nathan’s books have won twenty-two national awards, including multiple awards from oldest, largest, and most prestigious contests for independent publishers. Her books have earned rave critical reviews and customer reviews of close to five-star averages on Amazon. Most are Amazon bestsellers.
Sandy was born in San Francisco, California. She grew up in the hard-driving, achievement orientated corporate culture of Silicon Valley. Sandy holds Master’s Degrees in Economics and Marriage, Family, and Child Counseling. She was a doctoral student at Stanford’s Graduate School of Business and has been an economic analyst, businesswoman, and negotiation coach, as well as author.
Mrs. Nathan lives with her husband on their California ranch. They bred Peruvian Paso horses for almost twenty years. She has three grown children and two grandchildren.
Her latest books are The Angel & the Brown-Eyed Boy, Lady Grace: A Thrilling Adventure Wrapped in the Embrace of Epic Love and Sam & Emily: A Love Story from the Underground, which are all part of the Tales from Earth’s End series.

Thank you so much for stopping by today :0)

For those interested Sandy Nathan is doing a virtual blog tour through November 30th.
You can check out her scheduled stops along the way by stopping at
Pump Up Your Book!
Oh and did I forget aside from learning more about her great books....you can also enter to win a Kindle HD (just saying).