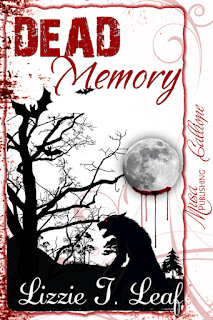 Frustrated with her father’s demand she find a mate, Tawny does, but it’s not one that will receive her family’s blessing. Plus, her new love has no memory of his past…even his name.
Discovering an unconscious man who may be vampire, in the neighbor’s yard leads werewolf Tawny Howls down a love path that’s not going to make her father happy. She senses this man is different, but that doesn’t stop her attraction. Werewolves and vampires are traditional enemies, and it doesn’t help when he remembers nothing about his prior life.Awakening to find a beautiful woman hovering over him, he remembers nothing of his past life. When Tawny decides to call him David, he’s fine with the name and the attention he receives from his nurse. But why does the scent of the prey she hunts excite him more than the food she cooks?Can the strong attraction between a shifter and a vampire overcome years of distrust for each other’s species? Will the discovery of his true identity ensnare them in a battle that endangers their lives, in an effort to save mankind from Demon rule?

~My Thoughts~
I'm such a sucker for vampires and werewolves, but throw in demons and OMG!

This story is JAMMED PACKED! Everything a reader could possibly want is there. Fighting, breaking and entering, male egos, and of course.. the all telling love scenes.

I swear each tale in this series gets better....by the end everyone is one huge family, that even I want to be apart of (I just have to decide what creature to be...LOL)

This story shows that bonds formed from friendships really do come in handy....you never know when a sword is coming down at your head!

Oh....Most important...
If you see a HOT NAKED GUY in your front yard, always try to help out
(Hey, you never know...maybe a witch sent him there)

Another Great Job Lizzie!
Wonder who and what is coming in the next story!?!

~Buy Your Own Copy~

Award winning author, Lizzie T. Leaf started life in Kansas, continued her growing in North Carolina, and currently shivers through the winters in Colorado.  She has numerous e-books in varying lengths and her first print book, Struck by Lightning, won dual 2007 Beacon awards, in addition to being a finalist in two other contests.


In addition, Making Christmas, a Christmas Historical novella set during the Civil War won Love Romances Café Best Historical for 2011 and is a finalist in the Aspen Gold for Best Novella.
Beyond Magic, the first book in the Magical Love series won the 2012 Award of Excellence Best Paranormal/Fantasy/Sy-Fi, and is a finalist for Best Paranormal in the Aspen Gold.  Winners are announced in mid to late October.
Since discovering the fun of writing paranormal, she plays with creating vampires, faeries and other immortals. Her current focus is the DEAD series.  Musa Publishing has re-released the first four novellas in the series and DEAD Hot, a new novella, is scheduled to release in October.  Emerging Magic, the second novel in the Magical Love series will also release in late October or early November with Passion in Print Press.
When not creating mischief for paranormal beings, she can be found exploring the other genres she wants to write.  She also serves as the 2012 President for the Heart of Denver Romance Writers.
Lizzie loves to read, spend time with her family and travel with her best friend husband during her free time, on which most of friends ask…“what free time?”