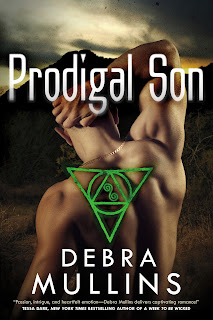 Bounty hunter Rafe Montana is a Seer, descended from the fabled Atlanteans. He uses his inherited power to “see” criminals across the globe and track them down, and he’s just started on a new case. Danny Cangialosi is accused of disappearing with a stolen car…but for the first time in his life, when Rafe goes looking, he is unable to “see” him. Instead, his search leads him to Danny’s stubborn, meddling, and very cute stepsister, Cara McGaffigan.


Cara is looking for Danny, too, but not to turn him in. He is her brother, after all, and she’s convinced he has a good heart. If she can just find him before the cops do, she’ll figure out a way to get him out of this. But Cara didn’t count on a scorching-hot bounty hunter getting in her way.

Despite instant chemistry, Rafe and Cara know they’re never going to see eye-to-eye when it comes to Danny. What they don’t know is that Danny didn’t just steal a car—he stole a precious stone, a stone right out of the legends of Atlantis. It holds powers they can only dream of…and its owner wants it back.

BUY YOUR COPY
Amazon Barnes and Noble
MY OPINION
I enjoyed this story.
Rafe....He kind of scares me...I mean a man, who's good looking, but can see things when he looks into your eyes. A man who can find you where ever you might be....
Still he's my favorite character. He has a sense of determination which I admire. A knowledge that even when you don't care to be near your family....when your life is danger....you go home!
Cara, what a spunky little chick! She is bound and determined to find her brother. She walks blind in the beginning, she doesn't realize things might just be Danny stole a car and her condo is now in jeopardy. When she finds out the truth of what's going on....it creeps her out...which it should and made for an awesome trip to Arizona.
The twist and turns that this action packed book brings you on is wonderful. One can't help but be in love with the characters. You can't help but to root for them. Even Mr. Gray.......now there's one ability I'd like to have....LOL
The drama is beyond in this book...The characters have their moments and sometimes you're left wondering....WHAT THE HECK.
Ms. Mullins has started a wonderful series with this first book. I truly look forward to the next adventure. 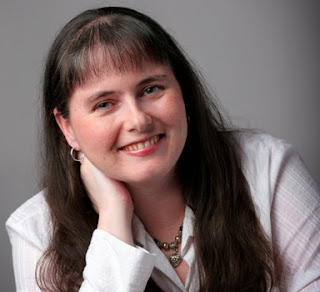 Debra Mullins is the author of thirteen historical romances for Avon Books and one paranormal romance for Tor/Forge. Her books have been translated into several languages and nominated for awards from both the magazine RT Book Reviews and Romance Writers of America and its chapters, including the Golden Heart, the RITA, the Holt Medallion (twice), the Book Buyer’s Best Award, and the National Readers Choice Award. She also won the Golden Leaf Award for Best Historical for her book, A NECESSARY BRIDE.
Debra has spoken at various RWA chapter meetings, as well as the national RWA conference, the Liberty States Fiction Writers conference and the Emerald City Writers’ Conference in Seattle. In August 2009, she gave a full day special event for the Orange County chapter of Romance Writers of America with author Charlotte Carter, where she spoke on the topics of character and conflict.
Born and raised in the New York/New Jersey area, Debra now lives in California and has been actively writing for over twenty years. A language nerd, she could speak four languages by the time she graduated high school. At age 16, she went to France on a student exchange program for a summer. By the time she came home to the U.S., she was dreaming in French.
She is currently finishing a paranormal trilogy for Tor/Forge. The first book, PRODIGAL SON, is due out in October 2013. Debra is a member of Novelists Inc., Liberty States Fiction Writers, and several chapters of RWA. You can find her on Twitter using @debramullins and on the web at www.debramullins.com.

GUEST POST
(I love when authors stop to talk!)

The Family Dynamic
This is the first stop on my blog tour for my new release, PRODIGAL SON. I tend to talk a lot about Atlantis and how I got the idea for this series, but I’d like to switch it up this time and talk a bit about the characters.
My hero, Rafe Montana, is from a family of Seers. Their ancestor was the high priestess and ranking Seer in Atlantis. When the city was destroyed, she managed to escape to Spain. Her descendants eventually migrated to the American southwest, where the modern day family still lives.
I find that families provide the greatest drama in any story. Let’s face it, no one can love you more than family—and no one can drive you quite as crazy! There are always expectations and disappointments, whether realistic or not. Many times these people have known you since birth or at least since your early years. They know all your triggers, all your hot spots, and they know where all the bodies are buried.
Rafe is the middle child of three. He is a Hunter, a Seer who can find anyone, anywhere. He can also look into the eyes of any human and know if they are telling the truth or lying. And sometimes he just knows stuff, like nuggets of information that pop into his head. But Rafe doesn’t quite have control over his Hunter side. The Hunter is a primordial warrior that Rafe can channel, and the source of his power. When the Hunter fully manifests, Rafe is gone…until the Hunter goes away and Rafe is left with the fallout. One instance happened five years before the book begins, when the Hunter’s rampage caused Rafe’s brother Darius to be shot.
Good news, Darius didn’t die, but he did end up in a wheelchair due to spinal trauma. Darius is also a Seer, and he can see if people are telling the truth or not—all Seers can. Darius’s particular power is to See into the hearts of others. He’s an empath. Naturally he’s pretty ticked off at his brother for hotdogging like he did and causing Darius’s injuries. Some of my most favorite scenes are between the brothers—with Rafe calling Darius “Powderpuff” (because he’s all emotional) and Darius calling Rafe “Roid Rage” (because he tends to get into fights).
The youngest Montana is a sister, Tessa, whose powers are those of a True Seer, in that she gets visions of the past, future and present.
Rafe’s parents, Maria and John, are alive and well. Maria is the one with Atlantean powers, and John is a billionaire techno geek who runs one of the biggest security device companies in the world. Maria’s ability is similar to Darius’s in that it is based on emotion—she is a matchmaker. And John has no powers at all, the only human in a family of superheroes. But he would fight to the death to protect all of them, especially the love of his life, his wife Maria.
I think the most fun I had writing these books is the scenes with the family. I hope you enjoy them, too!

a Rafflecopter giveaway
Posted by Unknown at 5:51 AM