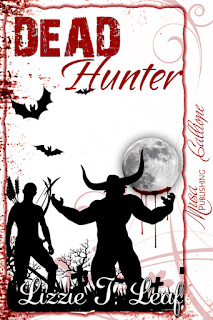 Finally a guy who makes her hot and chilly...is he a vampire or has sex messed with her hunter sensors.ArieAnne Hews is a trained vampire hunter out for the kill. A chance meeting with the hated beings has Arie in turmoil…these seem normal. Then enters handsome Dr. Jonas Nickels and things get really complicated.Jonas Nickels has no desire to be involved with a mortal, but can't resist the dark-eyed beauty. Even if he is on her hit list!Family secrets tinged with evil make an impossible path for star-crossed lovers.

Wow.... Starts off strong and keeps it going....Loved it!

Arie is one butt kicking kind of gal. With all the crap that she's been handed in this story you would think she'd throw in the towel, but HECK no!
Demon dad be darn she's going to get answers.
Her character is just the BOMB! Total package...what vampire wouldn't want her?

I have to say as much as I loved Dead Faint (BJ Rocked), I did really enjoy how story driven this tale was. Demons trying to take over, girl hunter falls for vampire...Classic!

Truly, still torn over the best part, Satan coming for Bub or the girls freaking Dovey out right at the special moment for Arie and Jonas.....Decisions ...Decisions....LOL

Makes me wonder whats next?