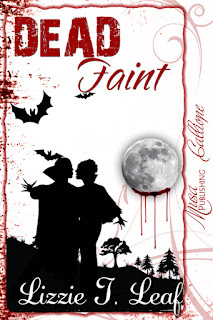 Waking up to discover you're a vampire then fainting at the sight of your number one food source isn't healthy.

Billie Joyce’s dream visit to New York City turned into a nightmare. Now not only is she one of the living dead, but she has to contend with a know-it-all vampire who wants to tell her how to talk. Not gonna happen!

This story is wonderful.....I mean who would of thought of a vampire who faints at blood?
Or Better yet....A pregnant vampire!!!!
Yes..You read that right!

The characters are so lovable..the men actually act like real men....Totally aloof to how to handle their feelings when it comes to women, never there when you REALLY need them, and always think they know better.
Of course the women are stub-born, bitchy, hide their true feelings and of course are always right (duh!)
So, basically real humans just with some fangs and some have lived a bit longer..LOL

BJ and Dovey are two fun best friends, I would totally want to hang out with them. I mean Dovey totally saved BJ and helped her adjust to the style of NY, among other things. BJ, in turn was Dovey's lifesaver since of course men seem to miss a bunch...!

I really enjoyed BJ's and Daniel's relationship, it was like a give and take. They were truly made for each other. Each one pushing the others buttons right down until the very end.

Thankfully, the end is not the end and the next story looks to be even more interesting.