Don't You Forget About Me Tour and KINDLE FIRE Giveaway 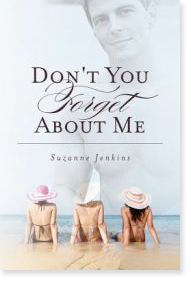 Warning! This book contains themes of sexual abuse and infidelity.
When charming, seemingly devoted Jack Smith dies, his wife and his two girlfriends are astonished to learn that they were not the only love of his life, and that, in fact, Jack was a rogue who was carrying on secret existences with other women. Shattered by grief and stunned by Jack's betrayals, these three women, Pam Smith, Marie Fabian, and Sandra Benson, find themselves suddenly thrown together. They could have despised one another, jealously guarding their private memories of their time with Jack and hating those they perceived to be their rivals, but instead, the women begin to realize there might be strength in numbers and in shared pain. Slowly, they begin to open their hearts to one another. They bind together to try to make sense of their lives and to try to heal the terrible shock.

But the more they learn about Jack and his nefarious past, the more they begin to question everything they thought they ever knew about him. Not only did Jack carelessly cheat on each of them, without thought to the harm he was causing, but the women are stunned to discover a secret of Jack that he never revealed.

As the women try to piece together the real life story of Jack, they begin to deal with their own lives differently, as well. They must deal with Jack's heartbroken mother, who knew nothing about her son's clandestine dealings in life. The tragedy also takes a toll on their working lives, and most of all it takes a toll on them, robbing them of sleep, hope, and even dreams. But with a sense of shared sisterhood, a little laughter, and a whole lot of determination, these brave women forge brave new lives that are full of promise.


The novel probes the difficulties in thinking that we can ever really know a person, even a loved one. All the women in Don't You Forget About Me wonder if they had been really and truly loved by Jack, or if he had simply played them for fools. They question their own blindness to his faults and how they allowed themselves to believe that they might have had it all, when what they had was really more of a dream. The book investigates modern social problems with grace and warmth. Infidelity, it uncovers, can do more than break hearts. In showing some of the worst things that can happen in relationships,it also teases us to imagine the best, a world in which loyalty, devotion and fidelity are prized. As the characters grow and change, they have the possibility for those things.

ARE YOU KIDDING ME?????
Here, I thought book one was really good,Ms. Jenkins had to go and write another.

This book has everything going for it from the get go. I swear everything is going on in this book and more.
No, I'm not one for giving anything away so if you haven't read book one stop reading right now......

Ok...Personally when the author titled this book "Don't You Forget About Me", it has way and I mean WAY more meaning then just simple memories...or even the baby that Sandra is carrying!
Wholly Flipping Boogers!
I totally didn't see that turn coming, That so isn't something you can just take a pill for!

Also, how the woman came to terms with their lives and the directions they wanted to kinda go...way cool.

"The book investigates modern social problems with grace and warmth."
LMAO
Did someone tell Bill and Anne?

Really, once again, Ms. Jenkins has hit it out of the park....Lord knows what she'll have the characters into next.
I want to see how it's all gonna play out....

Total READ ME BOOK (can be read as stand alone) 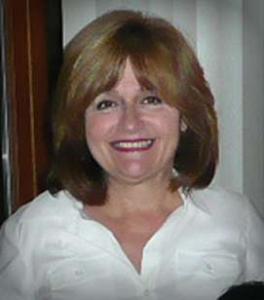 ~Now what you all have been waiting for......
the Kindle Fire Giveaway~
(GOOD LUCK)

This Giveaway is sponsored by  www.pumpupyourbook.com  and  no way  weighs on how I feel about the book in question. The review good or bad is my own review. Good Luck to all that enters.